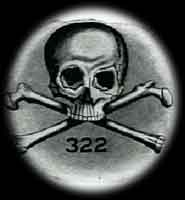 It’s been a long time since my last article, and there’s obviously a lot going on in the news (as ever). However, before we can even begin to understand the insanity of world events and geo-politics, I think that it’s important to focus on some of the more powerful characters and organizations whose decisions have global consequences. Para-politics or what some have dubbed the “conspiratorial” version of history, as opposed to the more standard accidental version of history, has always been concerned with certain powerful families, bloodlines, secret societies, etc. So, periodically I’m going to cover some of these shadowy groups, rogue confabs, powerful families, and various secret societies.

Perhaps I should preface this by saying that “not all secret societies have sinister purposes”. So, for instance, I personally don’t believe that members of the Order of the Golden Dawn, the Odd Fellows, the Rosicrucians, or even the vast majority of the Freemasons are “evil” or “have sinister designs” against the public at large. In fact, quite the opposite is true in many cases where lodges such as the local Shriners, Elk Club, or Scottish Rite Freemasons are engaged in philanthropic endeavors such as funding children’s hospitals and raising money for various charitable causes. Their work is to be commended. However, there are some that do have ulterior motives that could be labelled as sinister and who couldn’t care less about charitable efforts but rather only support other members, often to the detriment of others.

And, perhaps none is more infamous in that regard in this country than the “Brotherhood of Death”…otherwise known as the Order of the Skull and Bones. First, we should look at a bit of the history of Skull and Bones and trace its legacy up to the present day, where it’s members (usually no more than about 800 members alive at any given time) are virtually guaranteed success in their chosen fields. Historically, we know that the Skull and Bones Society was founded in 1832, and it was officially incorporated by the Russell Trust Association (named for William Huntington Russell) in 1856. Even today, the Russell Trust Association (RTA) practically owns Yale University, much of New Haven, Connecticut, and through fellow Bonesmen have controlling interests in many of the country’s financial institutions. According to historical accounts, the old wealth gained by the Russell Family was largely through international finance and through opium trafficking into mainland China. Previously, I discussed a bit of this history in my article dealing with “Operation Golden Lily and the Secret Legacy of the Black Eagle Trust” that mainly dealt with Japan’s looting of Asian treasure during WWII. But, before Japan’s rape of Nanking, there was British colonization and political subjugation through the opium dens that even had the Emperor hooked at one point. 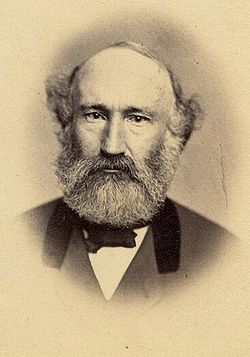 So, keep that in mind in regards to Skull and Bones. During the 1830s, William H. Russell traveled to Germany and became involved with a fascist “Death’s Head” Germanic secret society that some have speculated was a remnant of the Illuminati, which was also born in Bavaria in 1776 by a former Jesuit named Adam Weishaupt. The Order of the Illuminati were a so-called Enlightenment era secret society interested in the abolition of all religion and sought to infiltrate the lodges of Europe and even America in their goal of establishing a “One World Government” under their control and direction, of course, as “perfected and illuminated individuals”. Unfortunately, the very word “Illuminati” has become synonymous with a catchall scapegoat for all things conspiratorial. Be that as it may, even though mainstream historians consider the Illuminati as having gone extinct by 1787, it is possible that they continued under other names and absorbed themselves into various masonic lodges, which is what George Washington warned against in his commencement address to the nation.

The Skull and Bones was therefore a chapter of a sinister Germanic “Death Cult” secret society (of which we know very little about) that researcher, Anthony Sutton, simply called “The Order”. To elaborate further, Skull and Bones is known as Chapter 322 (32 stands for the year it was founded and the last 2 stands for the chapter number), which would imply that there are other chapters of the same organization. Are there other chapters of “The Order” elsewhere? Chapter 323? 324? 325? etc? While one can’t say for certain, I don’t doubt that they do (in all likelihood) exist. To gain a greater understanding of just what this “Order” is and it’s agenda, I highly recommend you listen to the author of America’s Secret Establishment: An Introduction to the Order of the Skull and Bones Society, Anthony Sutton, speaking in a rare television interview about this very subject before he died. 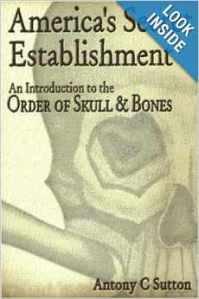 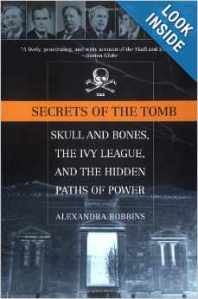 Alexandra Robbins in her book Secrets of the Tomb, David Icke, Jim Marrs, and Ron Rosenbaum, who writes for the New York Observer, have pretty well all either stated or alluded to the idea that Skull and Bones is a kind of eugenics-inspired elitist society that functions as a springboard in funneling specific bloodlines into positions of power that one could liken to “the Eastern Establishment”. In other words, even though Skull and Bones only taps 15 students during their Junior year at Yale to be members, those who do accept and complete their initiation into the society invariably go on to become some of the most powerful and influential people in the country. We’re talking senators, supreme court judges, media moguls (Henry Luce founder of Life Magazine), captains of industry, high ranking members in the intelligence agencies particularly CIA, and even US presidents (William Howard Taft, George H.W. Bush, and George W. Bush). On this last point, we even had a situation back in 2004 where both presidential candidates were Bonesmen, John Kerry (class of 1966) and George W. Bush (class of 1968).

Unfortunately, practically nobody in the mainstream media ever called attention to this rather shocking fact, with one of the sole exceptions being the late Tim Russert on his morning show. And, on both occasions, Russert’s questioning was simply laughed off and not really dealt with. How can you have two members of the same elite secret society running the US presidency and still think that you live in a constitutional republic, where your vote actually counts for something? Just where do you think their true allegiances lie? With the public? They always consider themselves Bonesmen first and foremost before American or Christian ever enter into the equation, assuming they ever do.

Now, let’s consider the kind of men that are forged inside the ominous brown sandstone building known as “the tomb” cryptically situated on the Yale University campus. While there’s a lot that remains unknown about what exactly takes place inside the tomb and during their macabre hazing rituals, those that have broken the Omerta code of silence about Skull and Bones have told stories of skeletal remains decorating the inside of the tomb, of scream inducing psycho-dramas, and a kind of ritualized brainwashing of members as superior that must use war and terror to manipulate the masses. Prescott Bush, grandfather of George W. Bush, even went grave digging with fellow Bonesmen and absconded with Geronimo’s bones that are still thought to be hidden somewhere at Skull and Bones’ Tomb headquarters. 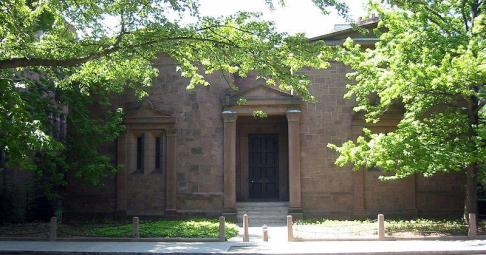 Along with being morbidly obsessed with death, Skull and Bones is also virulently fascist, racist, and misogynistic…even though they have finally started begrudgingly letting in a few minorities and women. However, former Bonesmen and arch conservative personality, William F. Buckley, spoke out against letting women in because he felt it would inevitably lead to “date rape”. Plus, it’s doubtful that most women would have the stomach for things like circle jerks, mud wrestling, and mock sacrifices that are reported to be taking place inside the Tomb. In one example of a kind of sexual “confessio” called “connubial bliss”, new members must give an accounting of all of their former sexual partners and ostensibly all the juicy details, while they lay naked in a coffin. In another psycho-drama, neophytes are yelled at and abused by Bonesmen, who force them to kiss skulls and perform mock ritual killings. Ron Rosenbaum (who secretly recorded this particular scene on top of nearby rooftop) has talked about some of these psycho-dramas being performed with Bonesmen dressed up as the “Devil”, the “Pope”, and a “Don Quixote” type character.

According to Anthony Sutton, Skull and Bones have adopted a Hegelian and Machiavellian philosophy, wherein they see themselves as “superior” to the rest of mankind and must dominate, control, subjugate, and manipulate the masses in order to rule effectively. This is done with what David Icke calls the strategy (Problem-Reaction-Solution) or what Sutton refers to as (Thesis-Antithesis-Synthesis). The idea is to cause a problem (thesis) in order to get a reaction (antithesis) from the public so that you can bring about the solution (synthesis) that you had designed to incorporate all along. A good example of this strategy at work is with the so-called “War on Terror”, which is complete misnomer and sham from the start predicated on the false-flag event of 9/11.

Without delving into the specifics of the 9/11 inside job that I’ve covered (and will again) in explicit detail, after the Cold War ended…the National Security State needed a “new enemy” to bring about the goal a total global fascist state. And, by any standard of measurement, this is exactly what’s happening that (I maintain) is by design done covertly using the very methodology and strategies that I’ve been outlining. Skull and Bones represents an extremely telling case study and model example of the pathology of elite stratagems, which lead to the kind of greedy, bigoted, parasitic, corrupt, and supremacist attitudes that eventually spread to a societal level. This is the real legacy of Skull and Bones and secret societies like them. And, from my perspective, it is symptomatic of what I would call a cancer on the body politic, which ends up destroying not only the host but itself right along with it. 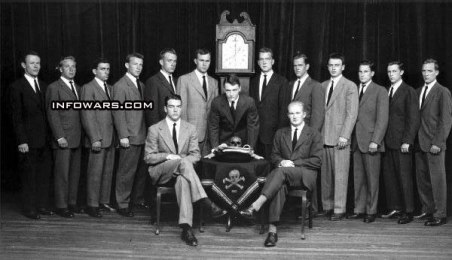