Inside the Sex Trafficking Cult NXIVM

Recently, the leader of what people previously associated with it have described as an “extreme cult” called NXIVM (pronounced “nex-ee-um”) was arrested in Mexico and arraigned in a Texas court, along with an inner circle recruiter and co-conspirator. The leader’s name is Keith Raniere, who also went by the futurist-sounding moniker “Vanguard” among NXIVM members, and the co-conspirator charged (along with him in sex trafficking) is Allison Mack, a former B-list actress who is perhaps best known for her starring role in the TV series “Smallville”. However, when you look at the parts she’s played in both film and TV, they are awash in mind-control symbolism as described by former women, who were former programmed sex slaves. So, for instance, Allison was in the movie “Lost in Oz” that is obviously another spin-off of the original “Wizard of Oz”, the symbolism of which is used extensively in what’s called Monarch Programming (CIA Sex Slave Programming). As I discussed in presentation I gave dealing with what I feel is the most important movie dealing with this taboo subject, Stanley Kubrick’s “Eyes Wide Shut”, even the name “Oz” is significant to the occult if you know what to look for it in Hollywood Babylon. 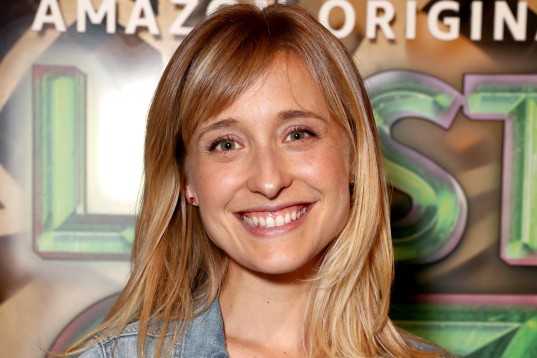 Outwardly, NXIVM was a popular New Age-styled so-called “Self Help” organization that promised it could transform peoples’ lives utilizing psychological techniques and methods that, to an uninitiated observer like myself, look an awful lot like mental manipulating methods like Scientology, Neuro-Linguistic Programming, and Landmark Education. However, as behaviorally manipulative as these strategies are in separating gullible people from their hard-earned money, this was merely the outer shell of NXIVM. The inner core of Keith Raniere’s NXIVM cult was made up of very wealthy benefactors of Raniere’s business schemes and lavish lifestyle, including the most prominent (and no doubt generous) of them…Sara and Clare Bronfman. These two sisters are of course the heirs to the Canadian Seagram’s Liquor Company fortune made by Edgar Bronfman Sr., who was very well-connected and powerful in his own time. According available press reports, the Bronfman sisters spent some $150 million to bail out Raniere’s failed commodities bets in the market, another $30 million to purchase real estate in Los Angeles and around Albany, NY, and some $11 million to purchase a 22-seat personal jet.

The fact that Keith Raniere was able to fleece naive and wealthy people out of millions of dollars to take his training courses and listen to his ego-inflating seminars, along with floating his mostly failed business ventures, isn’t surprising or even all that remarkable in the grander scheme of criminal malfeasance. After all, prior to his adopting his New Age guru persona, he ran a pyramid scheme called “Consumers’ Buyline”, which was indicted in New York and several other states for financial fraud and eventually settled out of court for thousands of dollars without admitting to any wrongdoing. Shortly thereafter, around 1998, he started NXIVM that eventually grew to be one of the most influential “Self Help” cults of its kind, with billionaires like Virgin Records founder Richard Branson and millionaires like Emilio Salinas (son of former Mexican president Carlos Salinas) having taken courses. What makes Keith Raniere and NXIVM deeply disturbing is that he was using girls like Allison Mack to recruit women (including underage girls) into his personal harem for sex and (according to an ex-girlfriend) has a documented history of psychological and sexual abuse to include multiple instances of rape. 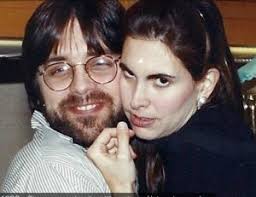 So, the logical question knowing all this is- “Why did it take so long to finally arrest him under what had been a long history of sexually abusive practices?” While it’s obvious that former members of the secret sex slave sorority within NXIVM called DOS that stands for “Domunus Obsequious Sororium” which loosely translates to “Lord/Master of the Obedient Female Companions” were intimidated in any number of ways from ever leaving the cult and discussing with authorities what took place within the inner confines of their training facilities, there is perhaps another reason why indictments were so slow in coming to fruition. My theory is that NXIVM had some very powerful allies with the kind of political clout to keep them from facing the discordant music of their making even considering that the co-founder of NXIVM was Nancy L. Salzman, a former Clinton Global Initiative member along with Sara and Clare Bronfman. To be a member, you have to be invited and pay at least $15,000 a year in contributions. Allegations from a former inner circle member of NXIVM, Kirsten Keefe, claim that an effort was made by Clare Bronfman to hack into the computer of her own father, Edgar Bronfman Sr., using a log key virus that is able to see a person’s key strokes and therefore break their e-mail passwords. Eventually, Clare was successful, and it allowed Keith Raniere the ability to read Mr. Bronfman’s private e-mails including those sent to his personal friend Hillary Clinton. Even Wiki-Leaks didn’t get all of Hillary Clinton’s e-mails sent over an unprotected server that prompted an aborted FBI probe and that many of her supporters blame for her ultimate defeat in the 2016 presidential election. That’s because she had an estimated 30,000 e-mails destroyed before the FBI could get to them and Wiki-Leaks could subsequently hack and release them. How many were between Edgar Bronfman and herself? And, what exactly was discussed? We’ll probably never know for sure. However, the fact that Edgar Bronfman was the head of the Jewish World Congress certainly bespeaks to high level political connections regarding Israel that almost always gets what it wants from the US government, especially those in the State Department.

One of the mainstays of political corruption has always been the “honey trap”, wherein a promising politician is lured into a compromising position by prostitutes, mind-controlled sex slaves, and/or minors as a form of entrapment and blackmail. And, as I documented in a previous article on Para-Political Journal, this was done routinely by known pedophile Jeffrey Epstein using his own underage girl recruiter into his extensive harem that are then trafficked to wealthy and powerful men like Hollywood director Brian Singer and of course Bill Clinton, who was a frequent flier of the “Lolita Express” jet Epstein operated and a guest at his palatial estate. Now, Bill Clinton obviously didn’t need any prodding to jump at the opportunity that he had long taken advantage of previously many times, including known instances of the rape of women like Juanita Brodderick and Kathleen Wiley. However, anything done at Jeffrey Epstein’s mansion would have been video recorded and very likely sent directly to Israeli Mossad for safekeeping and easily used as political blackmail should he ever decide to go against their interests on key policy decisions.

It’s also safe to at least assume that Edgar Bronfman Sr., who sat next to Hillary Clinton during his 75th birthday and had amassed an immense fortune from the Seagram’s Company that is alleged to have ties to the mafia, was not only connected politically to Washington but particularly and especially to the Jewish elite domestically and abroad. In that respect, his personal e-mails to heads of state (including Hillary Clinton), powerful business leaders, and personal acquaintances would have made for some interesting insights for a sex trafficking cult like NXIVM, who could certainly use that information for their own financial blackmail purposes as Israeli Mossad already were using it for political purposes. 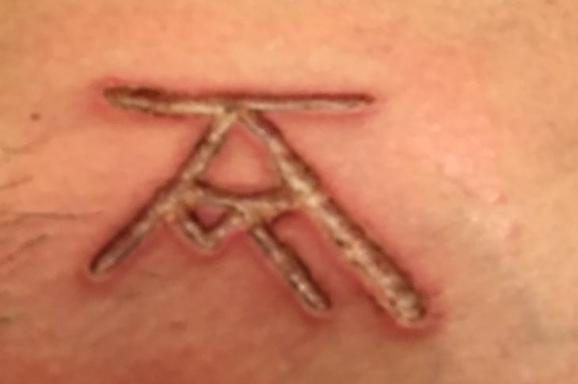 Proof of just how sick and twisted Raniere’s NXIVM actually was comes from former members of his inner circle talking about being “branded” (the flesh of their upper thigh being cauterized in other words) with the initials “KR” and “AM”, referring to Keith Raniere and Allison Mack respectively. The idea of “branding” these girls can be seen as part of a traumatic physical and psychological mind-control tactic to enhance and enforce these girls’ sex slave attachment to Raniere as his personal property the way, for instance, a rancher brands his cattle or in this case a master brands his slaves. Those familiar with what’s known as “trauma-based mind control” will see how tactics such as this can also cause the mind of an individual to “split” into alters or what is clinically referred to as “Dissociative Identity Disorder” (DID), wherein multiple personalities are created within a person that can then be programmed for various purposes including the “Sex Slave” alter. Therefore, while it’s unknown at this time the extent to which NXIVM was employing “branding” specifically for this function, it’s certainly well within the realm of possibility that this was the case given what we know about “trauma-based mind control” going all the way back to the MK-ULTRA days of the 1950’s and 60’s.

The use of various cults like NXIVM being used by the CIA as fronts for mind-control techniques is also nothing new, as we’ve seen with articles documenting just such known connections with cults like the one Jim Jones ran in Guyana prior to its elimination. Hopefully, a lot more information will come out at the trial as Keith Raniere is extradited back to New York, and witnesses start coming forward as to the wider dark web of his operations with people and organizations that we may find are deeper than we previously imagined. High level cases involving mind-control and/or sex trafficking, however, have a way of “resolving” themselves quickly and quietly with damage control falling on “convenient scapegoats” so that the real puppet masters can maintain “plausible deniability”. And, if that doesn’t work, they can always slap a case with a state’s secrecy act due to “National Security” (which is another way of saving them from embarrassing revelations). This essentially puts the entire case under a “Sealed Indictment”, where you won’t even be allowed to read the transcripts of the trial. So, let’s hope that doesn’t happen here, but (if it does) don’t say I didn’t warn you. 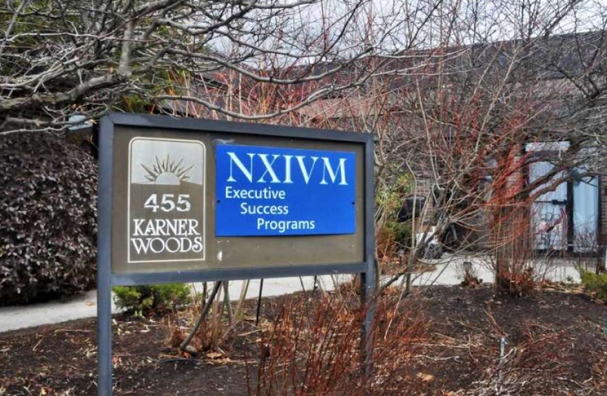