The previous month of June has been a very busy and deadly month in the annals of para-politics, and it therefore deserves close personal scrutiny (on my part) to attempt to sort it all out. So, in lieu of discussing further examples of the medical mafia’s malfeasance and suppression of alternative medicine as I had planned to do as an addendum to my previous article, I’d like to address what is clearly the most pressing news of the day, namely the Orlando Shooting and in another article I’ll address the recent Turkish Airport terrorist attack and perhaps the Bangladesh restaurant attack within the overall context of global terrorism and the “strategy of tension”.

Let’s first look closely at what is being described as the deadliest mass shooting in US history that occurred at a gay nightclub in the early morning hours of June 12th in Orlando, since there are several things about what’s being reported that (to my inquisitive mind at least) don’t completely add up. According to the “official” news about this horrific tragedy, a young 29-year-old man named Omar Mateen walked into the Pulse nightclub armed with an AR-15 and Glock semi-automatic pistol and began firing on the patrons at around 2:00 a.m. whereupon 6-7 police officers entered the building and exchanged fire until he retreated the bathroom. We are then told that he called 911 at least three times where he claimed allegiance to ISIS and made a series of threats to kill more people. According to the official narrative, he then engaged with hostage negotiators for about three hours until police tried to blow a hole in the wall of the bathroom with explosives that failed to produce a sizable enough hole. Then, they used a Bearcat to bulldoze a hole in the wall where dozens of people were able to escape and SWAT was able to enter. Omar Mateen came out “all guns blazing” and was promptly shot several times until he died. When the smoke had cleared, however, 53 were injured and 49 laid dead (including Mateen) in the aftermath.

Naturally, the country was once again put into a state of fearful anxiety about the threat of radical Islamic extremists, who could strike at any moment against perceived enemies of Allah such as homosexuals (gasp!) or any other non-Muslim group. And, this paranoia was quickly politicized by the thankfully limited minority body of Democrats in the House and Senate to pass yet more legislation to further restrict the 2nd Amendment by throwing an emotionally-overwrought tantrum at the capitol until they got their way. Fortunately, it hasn’t worked this time, particularly since the no-fly list created by Homeland Security is notoriously inept. However, you can bet that if Hillary Clinton gets into the White House, the 2nd Amendment will be shot so full of holes that it could very well die (if you’ll pardon the pun). Of course, Hillary isn’t against her personal security detail carrying guns (machine guns included)…just you pesky peasants out there she’s worried about.

However, there are several things about this narrative that don’t make much sense to me. First of all, Omar Mateen was said to have been under previous investigations by the FBI, but they were later dropped. So, right away, we know that the FBI knew who he was, who his friends were, and quite probably knew about his political/religious/ideological leanings via tapping his emails, texts, phone calls, Facebook posts, etc. Therefore, when he suddenly decided to purchase an AR-15 and Glock handgun, you can bet that the FBI knew about it and had he been under prior investigation for terrorist affiliations…this would have raised all kinds of red flags. After all, the AR-15 is supposed to be the favorite weapon of these so-called “lone nut” mass shooters like Adam Lanza, who I have serious doubts about as I’ve mentioned previously was even involved other than as a mind-controlled patsy. Ditto for the wannabe Joker at the Aurora Colorado shooting, who was found in what appeared to be a drug-induced daze in his car after the shooting rather than running away as would be expected in such a scenario. Prior to his mass shooting at the Washington Naval Yard, Aaron Alexis was clearly being targeted by electronic low-frequency psychotronic mind-control technology as described by “targeted individuals” (TI’s) to the point where he had even carved the words “MY ELF WEAPON” into the stock of his AR-15. ELF stands for “Extremely Low Frequency”.

In Omar Mateen’s case, several witnesses remember him being at the club prior to the fateful morning of the shooting, which would seem to imply he was a regular patron and hence at least bisexual if not gay himself. However, his father has been interviewed as remembering Omar getting extremely pissed off after he witnessed two guys kissing. If he had been going to gay nightclubs in Florida all along, though, he would be witnessing all kinds of homo-erotic acts likely to be a lot more offensive to a militant Muslim than mere kissing. So, why would he have kept going? Sexual masochism? Was he a closet homosexual himself who sought to avenge his confusing feelings in a cleansing of carnage? Being pure speculation, I won’t comment on it any further. However, if the eye-witness reports are true, he would certainly be susceptible to things like black-mail that could spiral into a murderous rampage.

Another aspect of this case that is very puzzling is the fact that he has been reported to have been working with the largest security company in the world at the time of the shooting, G4S (Group 4 Securitus). This isn’t your average tin-badge wearing security firm driving around Wal-Marts in golf carts. G4S employs some 618,000 people around the world in 125 countries headquartered in London and has multiple divisions within the company that deal with everything from software security to insurance fraud investigations. And, one of the many companies that it has acquired since its inception is Wackenhut, which was notorious for being both extremely corrupt and riddled with intelligence spooks. In fact, back in the COINTELPRO days of the 1960’s it had the deepest and largest files kept on US dissidents of any private organization and was second only to the FBI in terms of domestic spying. At one point, it even held the security contract to guard the perimeter of the infamous Area 51 in the Nevada desert, riding around in White Jeep Cherokees. However, G4F bought Wackenhut back in 2002 merging with Securitus to become G4S, and Wackenhut now makes up a special division within the umbrella company of G4S itself. Now, of course, given what we know of Wackenhut and being used as a CIA domestic cutout…there is every indication that this cutout has now moved into the larger G4S that act as a CIA cover on an even larger scale than before given G4S’s reach globally. And yet, we’ve been told that Omar Mateen (a man who had been under FBI investigation a couple of times; a man who supposedly professed allegiance to ISIS on the 911 calls) passed the psychological background checks for what is one of the largest and most powerfully connected security firms in the world? 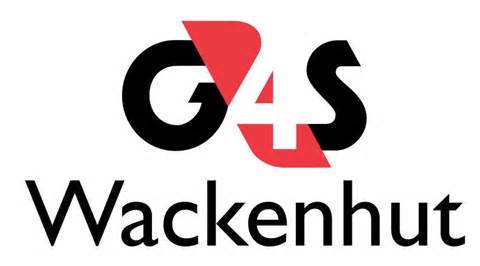 The FBI also refuses to release the 911 call tapes, which would answer some very important questions. They’re claiming it’s out of “respect to the victims’ families”, which I think is completely bogus personally as they’ve never given a damn about victims’ families or even the victims of their own crimes for that matter. Therefore, I’m seriously skeptical about those 911 having been made by Omar prior to them releasing the recordings, let alone what was actually said. After all, why would a mass shooter bother to call 911 to make vague threats when he could be busy making good on those threats instead of wasting time on the phone? And finally, if you look at the recently released FBI time line, it would seem to suggest that the majority of all the deaths occurred after 5:12 a.m. when the SWAT team raided the nightclub. So while the Orlando Police Chief Molina now admits that some of the 49 killed were perhaps killed by the SWAT team in the raid, it is probably more accurate to say that most of those killed in the ensuing chaos were killed by police. This is now the confirmed position of Judge Andrew Napolitano a pundit FOX News, who has been one of the few exceptions in the MSM of a smart analyst of the daily news. Don’t forget that it was Judge Napolitano, who was breaking news about the 911 Able Danger project when nobody else would cover the story and even had former DIA whistle-blower Anthony Shaffer on his show to talk about it.

So, to sum up, there remain a lot of questions about what really happened in the early morning hours of June 12th at the Pulse nightclub, but unfortunately like just about everything else they’ve covered up (Waco, TWA 800, Anthrax Attacks, Newtown, etc.) we aren’t likely to ever get any straight answers from the FBI. And, of course the Orlando Police Department can be easily controlled by the Feds to keep their mouth shut and spin a few more lies when called upon to do so for damage control. However, as I’ve already documented in the article, there are a few leaks already, and I fully expect more holes to develop as time goes on and their official story continues to crumble under the weight of further evidence.